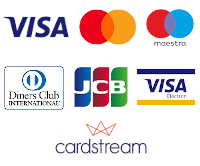 Standardisation of screw thread forms is an ongoing process begun in the 19th century.

The most widely used screw thread standard in use world-wide today is ISO metric ('M' for short) threads. This thread standard was introduced in 1947 by the International Organisation for Standardisation and since then has been steadily supplanting the use of other metric and inch based thread standards in use around the world.

Despite the increasing employment of the ISO metric standard internationally, the most dominant thread standard in the United States is the Unified Thread Standard (UTS). This is an inch based standard and includes Unified Coarse (UNC) and Unified Fine (UNF) amongst others.